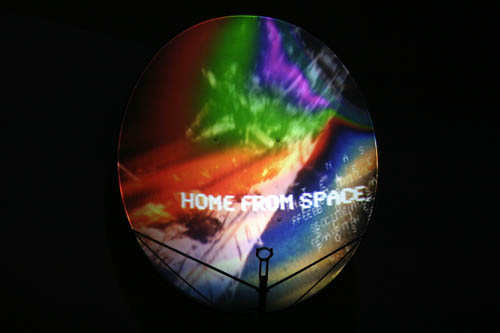 The title refers to an antics mythology goddess Iris, a messenger of greek gods which was often pictured as a rainbow. Installation is compiled of data streamed over the internet projected onto a satellite dish. The data are images and uptxt-dated news in RSS format from the website of NASA. They are transformed in real time and composed in several overlapping layers. The visuality is being changed according to sound. As a sound structure there is several sound files compiled from the NASA resources of space wave signals. The viewer can change the shape of the images by drawing with a tablet and also can change the intensity of the rainbow color layer in the composition by his/her voice through connected microphone. 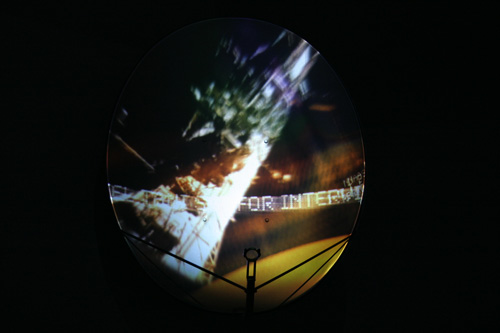 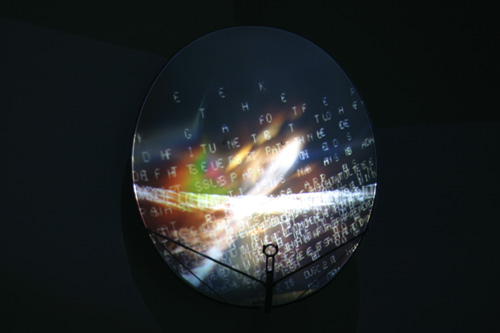 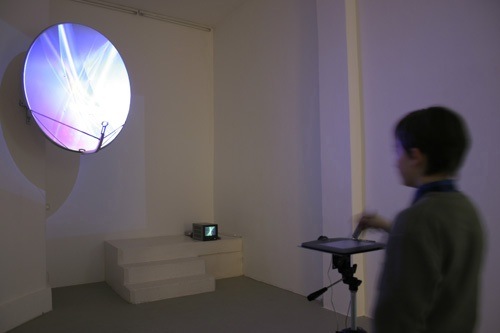 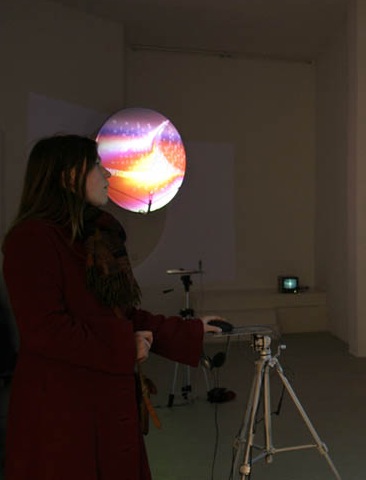