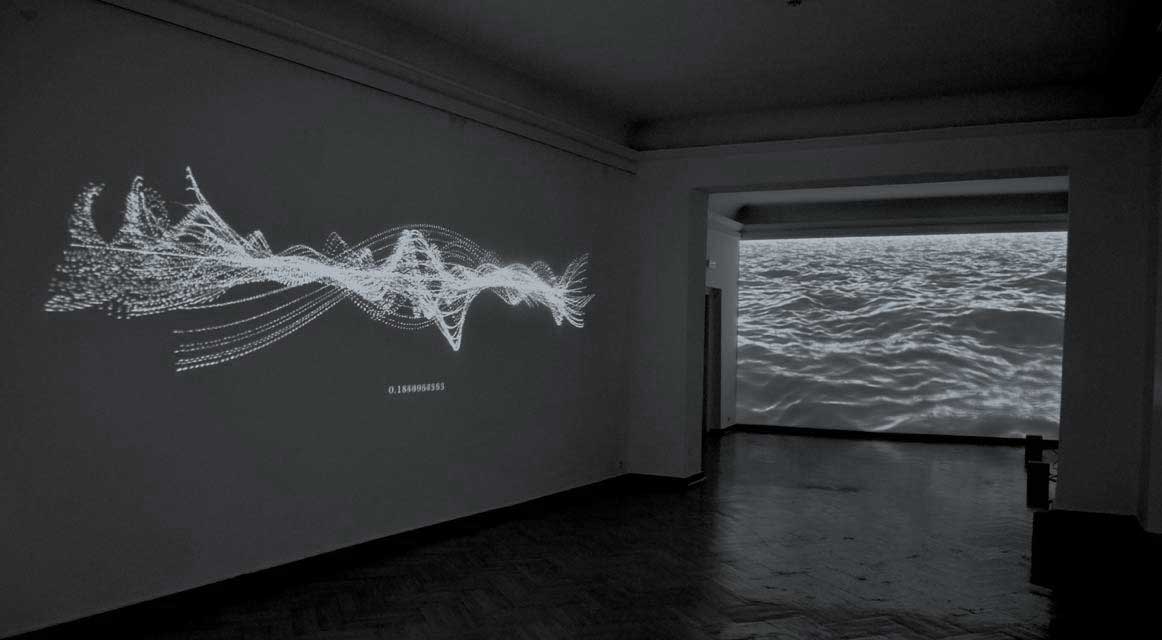 The video consists of computer generated imagery of the sea scapes and a real-time generated waves reacting to the installation sounds. The sound waves moves along the linear space in several variations of frequencies and time spans. Thus the sound and visual synesthetical environment recreates the movements of the natural phenomenons.